Oslo Brewing was born in RI. Now the beers are an international sucess (1) (1)

Øl is the word for beer in Norwegian: How RI helped launch an international beer brand

This is the story of a beer with a local angle, built on an international narrative.

And there’s a love story, too.

The beer is Oslove, an American blonde ale from the Oslo Brewing Co. in Norway. It’s newly distributed in Rhode Island.

The CEO of Oslo Brewing is Rhode Island native son Dimitri Yogaratnam, A graduate of South Kingstown High and the University of Rhode Island, he has returned home for the summer launch. 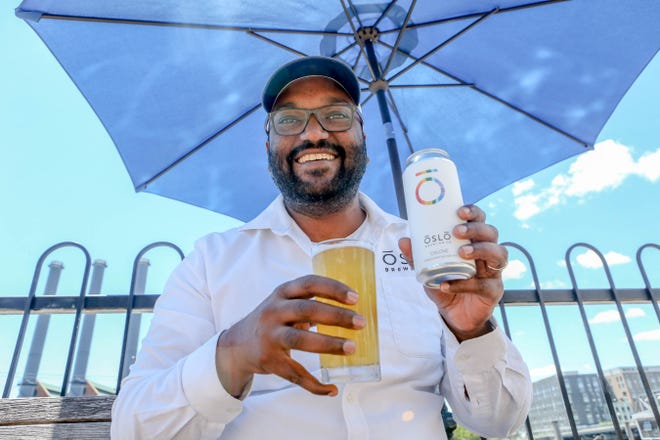 Yogaratnam talked about his international history while he’s back in the States this summer. He’s visiting with his parents, who immigrated to Rhode Island from Sri Lanka back in the 1970s. He was born when they lived in North Providence but he grew up in South County.

How did he end up in Oslo founding a brewery? That’s where the love story comes in.

As a senior and business major at URI, Yogaratnam met a Norwegian woman during an exchange program in South Korea. He and Ingvild Bakke married in Narragansett in 2005 and had a wedding in Norway a year later.

He also got his master’s degree in political science at URI, and then earned a pastry arts degree at Johnson & Wales University.

His wife is in finance, and has what he calls “the stable job.” They have a 4-year-old son, Walter.

After Bagatelle, he was hired by an American-themed restaurant in Oslo called The Nighthawk Diner. In 2012, The owner, Jan Vardøen, had a new craft beer bar opening and invited Yogaratnam to be a co-owner and manager at Smelteverket.

“In 2015, I opened Oslo Brewing Co. with Steffen and a group of guys that all went to school with my wife with a very convenient set of skills.” he said.

They included graphic designers, an accountant, a web designer, a sales manager, a PR specialist and a plumber and welder. Yogaratnam, with his food background, is CEO.

They also opened a craft beer bar in Tokyo that is called “Øl by Oslo Brewing Company.”

“Øl is the word for beer in Norwegian,” he said. 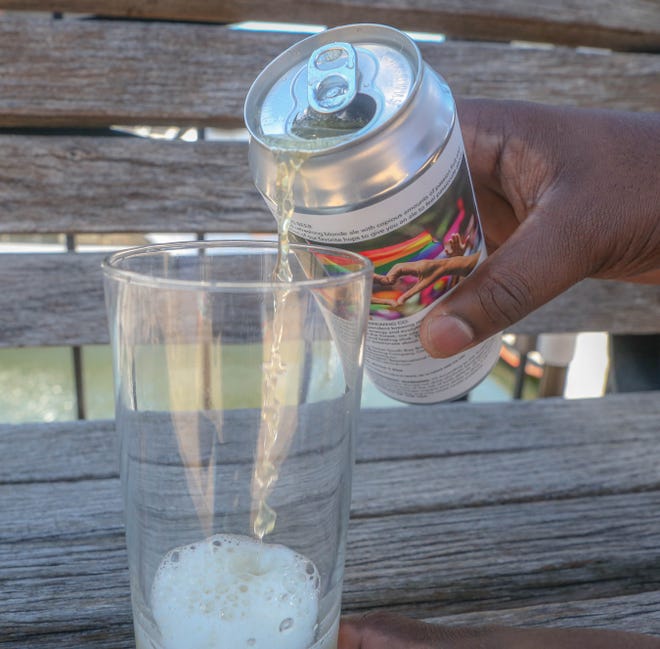 Oslove, the company’s first beer to launch in the United States, was inspired by Norwegian values of unity and tolerance and by the Pride movement. The ale has citrus and passion fruit flavors.

It was originally created to support the Oslo Pride festival as a one-off product back in 2016, and it sold out immediately. In 2017 the same happened. They made the beer a regular in their lineup after that.

“It’s the first beer we launch with in every new market,” Yogaratnam said. The message is part of the product.

Oslo Brewing beers are also sold in Singapore, Malaysia, Sweden, Iceland and Finland. He said they want to put Oslo on the craft beer map.

In the United States, Oslo Brewing Co. beers are made at Great South Bay Brewery on Long Island, which does contract brewing.

“A company like Oslo Brewing can bring their beer recipes and techniques and create the same great quality beers as they do at home in Oslo, Norway,” Yogaratnam said. It enables them to get fresher beer in the hands of consumers.

Where can you get Oslo Brewing beers in RI?

The Hot Club in Providence was the first to sign on to carry Oslove. Yogaratnam said his high-school classmate Sarah Bates saw his post about bringing the beer to Rhode Island and said she wanted to stock it at the Providence waterfront restaurant.

Sweeney’s Liquors in Wakefield carries the canned beer. Bert DeSalvo, owner of Sweeney’s, also went to high school with Yogaratnam. The two have stayed in touch since.

The beer is being distributed through Taprm.com in New York and Craft Collective in Rhode Island and Massachusetts.

After Oslove, the lineup of Oslo Brewing beers to be launched includes Smooth Sailing (a mango and passionfruit sour) and Kveik (a Norwegian farmhouse ale).

In Norway, their biggest seller is a Nordic pilsner, which Yogaratnam described as more malt-forward than a German or Czech pilsner.

Done with beer talk, Yogaratnam described how Norway compares to the Ocean State.

“The wind in winter is way worse here,” he said. But then again, “January has only two hours of sunlight each day” in Norway.

In the summer, when the daylight hardly ends, everyone leaves Norway to go on holiday, he said. Businesses shut down from July 15 to Aug. 15.

When he returns home to Rhode Island, his Norwegian friends ask him to bring back  Narragansett Beer for them. It seems that it is a hipster beer across the globe, he said.

Oslo Brewing was born in RI. Now the beers are an international sucess (1) (1)

This site uses cookies. By continuing to browse the site, you are agreeing to our use of cookies.

We may request cookies to be set on your device. We use cookies to let us know when you visit our websites, how you interact with us, to enrich your user experience, and to customize your relationship with our website.

Click on the different category headings to find out more. You can also change some of your preferences. Note that blocking some types of cookies may impact your experience on our websites and the services we are able to offer.

These cookies are strictly necessary to provide you with services available through our website and to use some of its features.

Because these cookies are strictly necessary to deliver the website, you cannot refuse them without impacting how our site functions. You can block or delete them by changing your browser settings and force blocking all cookies on this website.

These cookies collect information that is used either in aggregate form to help us understand how our website is being used or how effective our marketing campaigns are, or to help us customize our website and application for you in order to enhance your experience.

If you do not want that we track your visist to our site you can disable tracking in your browser here:

We also use different external services like Google Webfonts, Google Maps and external Video providers. Since these providers may collect personal data like your IP address we allow you to block them here. Please be aware that this might heavily reduce the functionality and appearance of our site. Changes will take effect once you reload the page.